No money for Jams: a warning to asset-based lenders from the High Court of Australia 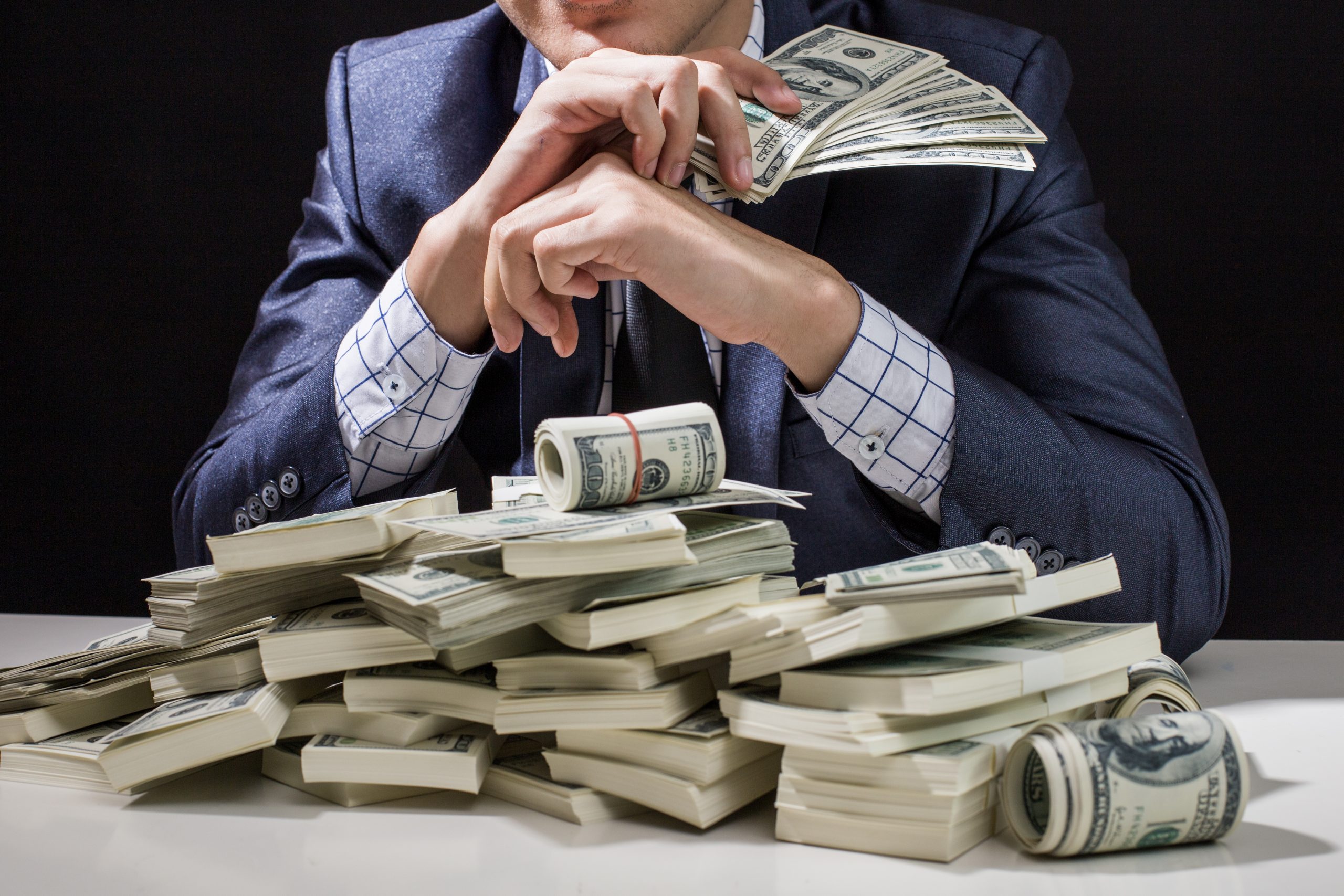 In Stubbings v Jams 2 Pty Ltd [2022] HCA 6, the High Court of Australia unanimously allowed an appeal from a judgment of the Court of Appeal of the Supreme Court of Victoria concerning whether the respondents (Lenders) acted in an unconscionable manner in arranging an asset-based loan with the appellant (Mr Stubbings).

Their Honours held that the Lenders had devised a clear system of conduct in an attempt to immunise them from any knowledge that might endanger the enforceability of each loan. In effect, the system allowed the Lenders to bury their heads in the sand and shirk any responsibility by relying on certificates of independent advice.

The system was determined to be exploitive of Mr Stubbing’s clear vulnerability. The certificates were held to be a mere “window dressing” and could not be used to negate the Lenders’ actual appreciation of the dangerous nature of the loans and Mr Stubbings’ vulnerability.

Through a majority judgment, and two separate but concurring reasons, the High Court examined and took umbrage with a deliberate system of conduct involving solicitors, intermediaries, and “independent” financial advisors which was designed in effect to preclude the intervention of courts of equity, and avoid the application of consumer protection statutes.

In 2015, the Lenders advanced the sums of $1,059,000 and $133,500 to Victorian Boat Clinic Pty Ltd, a shell company owned and controlled by Mr Stubbings. The company had no assets and had never traded.

The first loan (arranged by the intermediary, Mr Zourkas) was to help Mr Stubbings fund the purchase of a $900,000 residential property in Fingal (Fingal Property). The second smaller loan was to fund the Lenders’ legal fees, agency fees, costs and expenses, stamp duty and, importantly, the first month’s interest under the loans.

Ajzensztat Jeruzalski & Co (AJ Lawyers) acted on behalf of the Lenders. It was accepted by the parties that AJ Lawyers’ conduct was attributable to the Lenders as their agent. In other words, AJ Lawyers’ system was the Lenders’ system.1 Mr Zourkas, who carried on a business of introducing potential borrowers to AJ Lawyers,2 played a vital role on behalf of the plaintiffs in organising the loan and assisted Mr Stubbings in obtaining the loan.3 Mr Jeruzalski, a partner at AJ Lawyers, acted for the Lenders in making the loan.4 He never met Mr Stubbings, and this was one of many deliberate aspects of his system.

Mr Stubbings was unemployed, had minimal income, and had no assets other than the Narre Warren Properties. He was unable to obtain a loan from a bank and had insufficient funds to pay the 10% deposit on the Fingal Property or the first loan.

Once the Certificates were signed, the loans were advanced, the mortgages to Commonwealth Bank on the Narre Warren properties were paid out, the Fingal Property purchase was settled and Mr Stubbings moved in.

Mr Stubbings paid the first two monthly interest instalments by selling valuables that he owned, before defaulting. This was the reality of what the High Court described as a “calamitous” transaction5 that was (in reality) a foregone conclusion at the outset, whereby Mr Stubbings would lose all of his equity upon signing the loan documents.

The Lenders issued demands for payment then commenced proceedings against Mr Stubbings for recovery of the guaranteed debt and possession of the secured properties.

The primary judge concluded that AJ Lawyers acted with a “high level of moral obloquy” and “wilful blindness” as to the appellant’s financial and personal circumstances, on the basis that:

i. ability to service the loans;

ii. understanding of the loans;

iii. financial nous and vulnerability”;8 and

b. operated with ostensible indifference to Mr Stubbing’s financial circumstances which reflected a concern that their knowledge of such matters “would in some way undermine [the Lenders’] ability to recover their loans”.9

The Court of Appeal of the Supreme Court of Victoria overruled the primary judge’s decision, concluding that:

The High Court unanimously held that AJ Lawyers’ conduct on behalf of the Lenders amounted to exploitation of Mr Stubbings’ special disadvantage and upheld the decision at first instance.14

The High Court applied the principles in the seminal decision in Commercial Bank of Australia Ltd v Amadio, which held that unconscionability involves:15

The High Court noted that these were not closed categories and that a granular analysis of the facts of each case was required.16

“Special disadvantage” means something that “seriously affects the ability of the innocent party to make a judgment as to his [or her] own best interests”.17

The High Court referred to the non-exhaustive list of factors relevant to an assessment of special disadvantage in Blomley v Ryan which included “poverty or need of any kind, sickness, age, sex, infirmity of body or mind, drunkenness, illiteracy or lack of education, lack of assistance or explanation where assistance or explanation is necessary”.18

The following factors influenced the basis of the High Court’s determination that Mr Stubbings was at a special disadvantage:19

One of the critical questions in issue before the High Court was the extent of AJ Lawyers’ knowledge of Mr Stubbings’ circumstances and whether AJ Lawyers exploited that disadvantage such that the Lenders’ attempt to enforce their rights under the loans and mortgages was unconscionable.21

The majority accepted that whilst AJ Lawyers did not have actual knowledge that Mr Stubbings would eventually default and lose his equity in the properties by taking the loans, AJ Lawyers had sufficient appreciation of Mr Stubbings’ vulnerability and the “disaster awaiting him under the mortgages” to support a finding of unconscionable conduct.22

Both Gordon J and Steward J, writing their own separate judgments, analysed that the system of conduct was devised and deployed by AJ Lawyers. Their Honours determined that the system amounted to willful blindness of Mr Stubbings’ vulnerability and considered the creation of the system itself to be part of the impugned conduct and, in turn, unconscionable.23

In this regard, AJ Lawyers’ system required:

While the Court differed as to whether actual knowledge was required,30 the majority judgment found it unnecessary to make that finding in order to find unconscionable conduct.31 The system therefore failed to immunise the Lenders as designed.

AJ Lawyers appreciated that the loans were a dangerous transaction for Mr Stubbings. Nonetheless the prospect of obtaining the profit to be made (by way of interest payment) made the exploitation good business for the Lenders.32

The High Court upheld the primary judge’s findings that AJ Lawyers took the opportunity to exploit Mr Stubbings’ lack of business acumen and meagre financial resources to deprive him of his equity.33

In a separate judgment, Gordon J found that the Court could also have set aside the unconscionable transactions on the basis that they were in breach of s 12CB of the ASIC Act by virtue of the system of conduct of AJ Lawyers.34

The decision should serve as a cautionary reminder to solicitors and agents involved in asset-based lending, with actual or constructive knowledge of associated risks to lending.

Importantly, such advisors cannot hide behind “window dressing” certificates of independent legal and financial advice, or develop systems of conduct, so as to avoid their statutory obligations or displace a finding of unconscionable conduct. It is clear from the judgment that the High Court will not allow the artificial constructions of lawyers to oust the Court’s ability to render protection when the facts of the case require intervention.

More broadly, the case is a reminder of the fundamental role of solicitors as officers of the Court. In cases where solicitors’ may create injustice such conduct will stand to be scrutinised by the Court.

This article was also co-authored by Pragya Srivastava.

AFSL holders the target of both cybercriminals and ASIC: Failure to protect against cyberattacks results in judgment against financial services licensee

Cyber security risk forms a significant risk connected with the conduct of the business and provision of financial services.

Better Advice Act: In force but what happens now?

As the clock struck midnight on 31 December 2021 few of us turned our mind to the fact that the Better Advice Act (the Act) had just come into force. The Act …